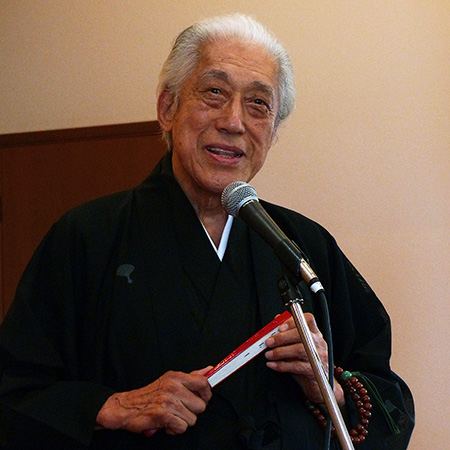 Born in Kyoto in 1923, Genshitsu Sen became the 15th Urasenke Grand Master in 1964. Urasenke is one of the leading tea ceremony schools in Japan. The Grand Master inherited the name of Soshitsu, which he passed on to his eldest son in 2002. He then took his present name with the title of Daisosho, signifying his status as the former Grand Master.

In 1991, Genshitsu Sen obtained a doctoral degree from Nankai Univesity in China after completing a thesis on the influence of Lu Yu, the 8th century Chinese “tea sage”, on Japan’s tea culture. Sen also holds a PhD in literature from Chung-Ang University (Republic of Korea). He has been a global advocate of culture and peace, promoting his ideal of “achieving peacefulness through a bowl of tea.”

To promote peace, he has traveled the world lecturing and conducting tea-offering services. He also conducted tea ceremonies and peace prayers at the United Nations Headquarters in New York on the occasion of the UN Millennium Assembly in 2000 and again at the UN General Assembly in 2010. 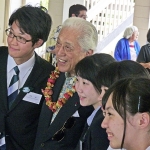